Michael Mavrovitis has worked with Michael Smith Architects since 2014. His responsibilities include the design and production for residential interiors. He is currently working on residences in New Canaan, Darien, Wilton and Redding.

Michael entered the architectural field in 1984, at the age of 17, as a Model Maker for Skidmore Owings and Merrill. There he was exposed to a wide range of projects from commercial and residential interiors to large scale urban planning. He went on to become and Architectural Interior Designer where he has had an active career since.

Michael began with Larry Laslo designing store layouts for boutiques, both free standing and in major department stores around the world. In 1993, Michael joined David Derbyshire as a designer. He generated all drawings from schematic design through design development as well as construction documents for numerous interior residential and small commercial projects throughout Manhattan.

Michael then joined Bruce Bierman Design where he designed and supervised construction on several residences in Manhattan and Palm Beach. 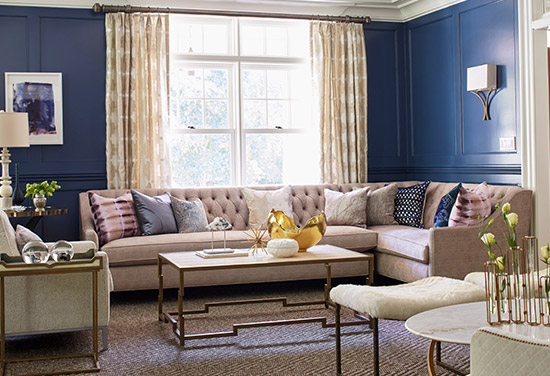